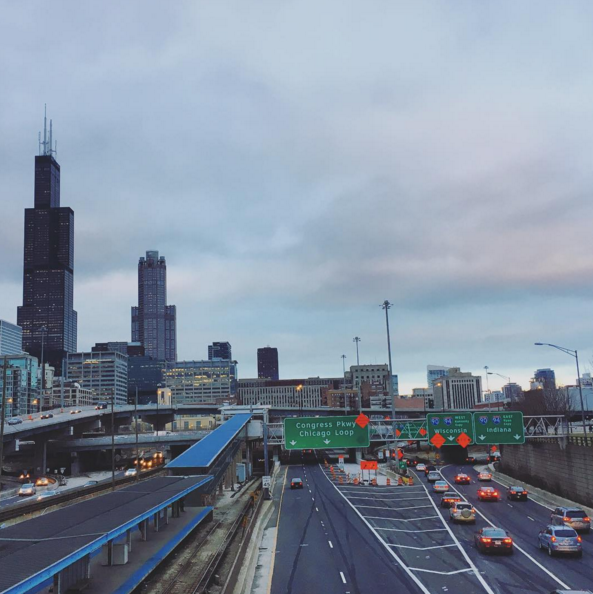 A few years ago after I moved to D.C. from Chicago, I saw an Indian movie called “The Lunchbox.” I went alone because I still didn’t know many people in the city. But I also like seeing movies by myself sometimes. It feels more personal that way.

The movie is about a woman who makes her husband’s lunch every day and sends it to him at work through a delivery service. In Mumbai, there are hundreds of thousands of lunchboxes delivered this way everyday, and hardly any get lost.

Except this woman’s. Somehow, her lunchbox is delivered to an older man instead of her husband. Long story short (SPOILER ALERT), once the man and the woman figure out what happened, they don’t say anything. Instead, they start sending each other notes through the lunch box and they fall in love. Their romance inspires the woman to start a new life.

At this point, you’re probably wondering what an Indian movie, lunchboxes and D.C. has to do with Chicago? Well, a lot. Because one line in the movie has resonated with me to this day: “The wrong train can bring you into the right station.”

I’ve thought about that a lot the last few years. I like the idea that even if you screw up, it can still lead you toward your fate. No one is perfect, and so wrong turns can eventually lead to a right one. (Or left, depending on where you’re going).

The quote resurfaced this week in Chicago. I came to the city for a meeting, but it became clear that the trip was much bigger than that: It made me realize that I’m still in love with Chicago. I want to live there again soon.

Until then, I have some great memories to tide me over. Here’s an abbreviated version, divided up by neighborhoods:

Lincoln Park is one of my favorite neighborhoods in Chicago. There’s good food, shopping, pretty houses, and, as you can probably guess by the name, parks. 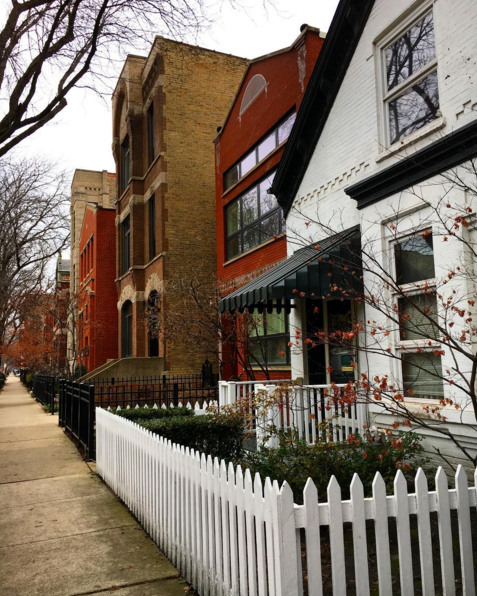 It’s also home to my favorite bakery in the city, Floriole. 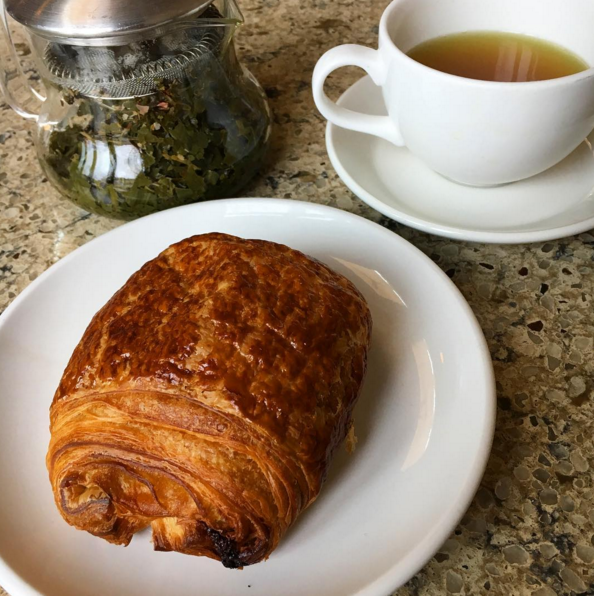 I went with my usual order, a pain au chocolat. I also got some pomegranate green tea to go with it, because, as the French would say, pourquoi pas? I ordered a tartine with whipped goat cheese, caramelized onions and cranberries for lunch. Yes, I cried. No, I’m not sorry. 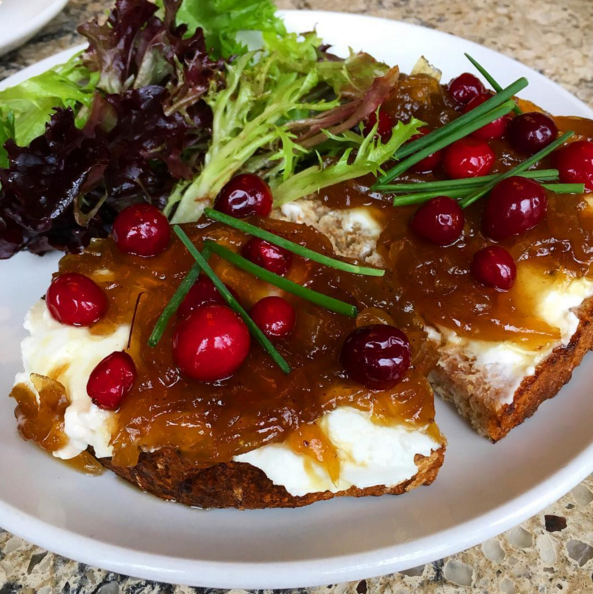 I don’t know why, but writing, “West Side,” makes me want to scream it out like you would do for a team at a football game.

ANYWAY. Chicago’s West Side is one of my new favorite neighborhoods. I didn’t go there a lot during grad school because it was far from Northwestern, but I spent most of my time there this week. It’s home to some of the best restaurants in Chicago, including Bad Hunter, Au Cheval and Little Goat.

Bad Hunter is all vegetarian food, but not prissy, “here’s a pea tendril and some cream” type of vegetarian food. Dishes are inventive and filling, and the ambiance is lively but laid back.

I ordered the tempura lemons and Japanese sweet potato with matcha and fish sauce caramel dipping sauce (swoon), saffron farfalle with root bolognese, hook’s Parmesan and grapefruit breadcrumbs, and a red curry squash tart with Thai spiced peanuts and coconut cream. Did I cry? I think we all know the answer. 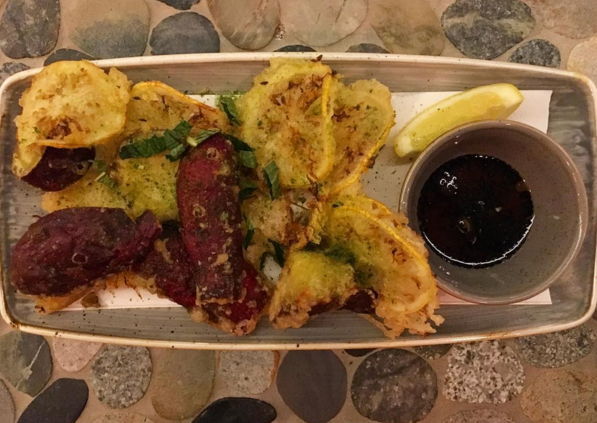 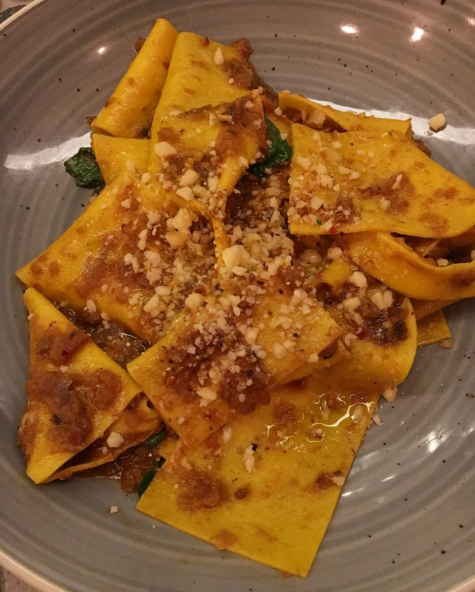 For the past couple years, all I’ve been hearing about is the hamburger at Au Cheval. Everyone told me that it’s the best burger you’ll ever eat, so I decided to go see for myself. 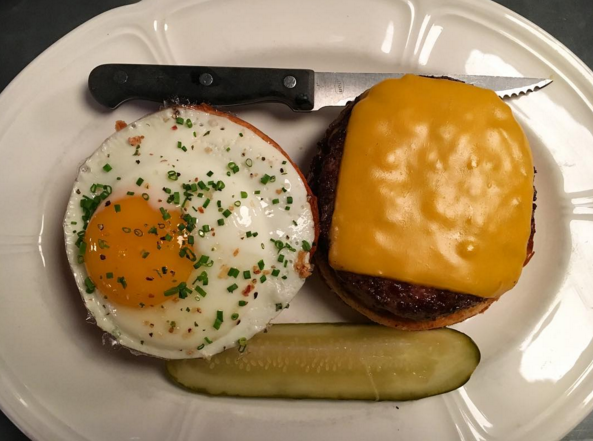 They weren’t wrong. Au Cheval won me over with their perfectly cooked sunnyside up egg, but they stole my heart with the hamburger of my dreams. Tender, juicy, crispy…What. is. happening. 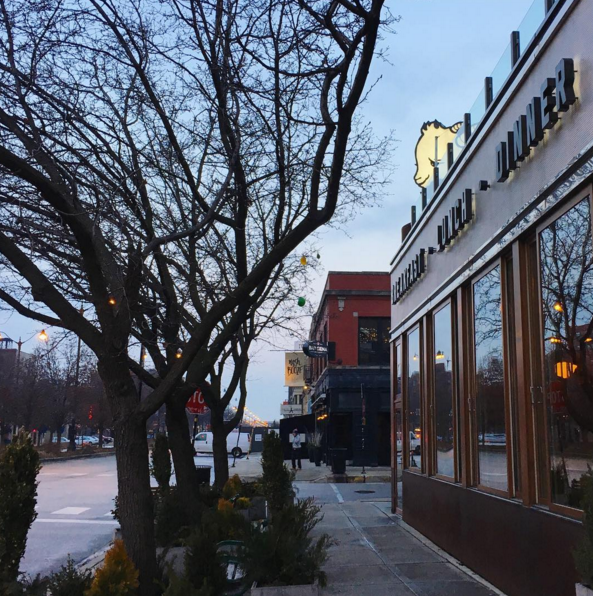 My last morning in the city, I went to Little Goat Diner for breakfast. It’s owned by Stephanie Izard, a famous chef in the area who is known for her goat-themed restaurants. 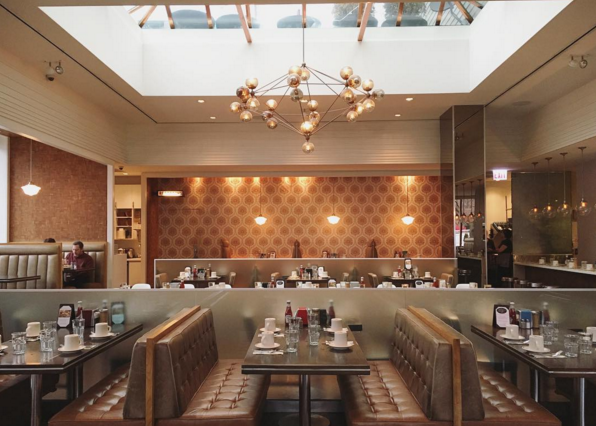 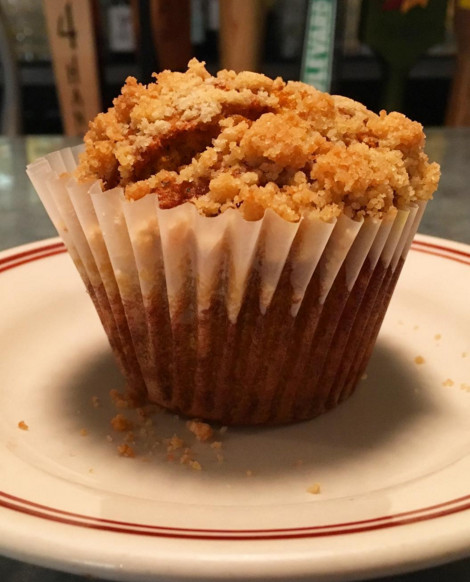 Being in Little Goat is as much a feast for the eyes as it is the stomach. I loved the way the place was decorated. I also enjoyed the masala squash muffin. I never thought about adding masala to baked goods, but now, it gives me a bunch of ideas. I see masala baked oatmeal in my future. 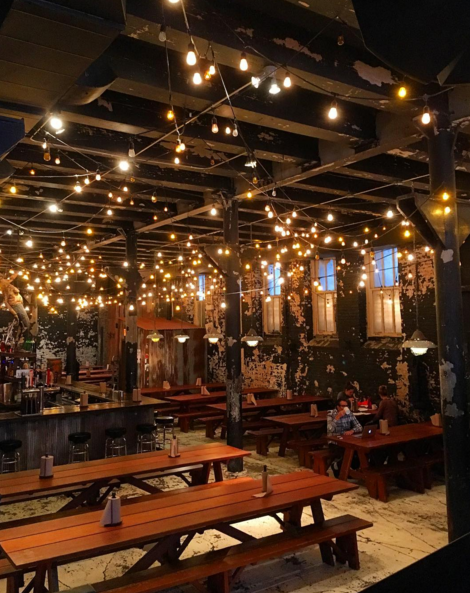 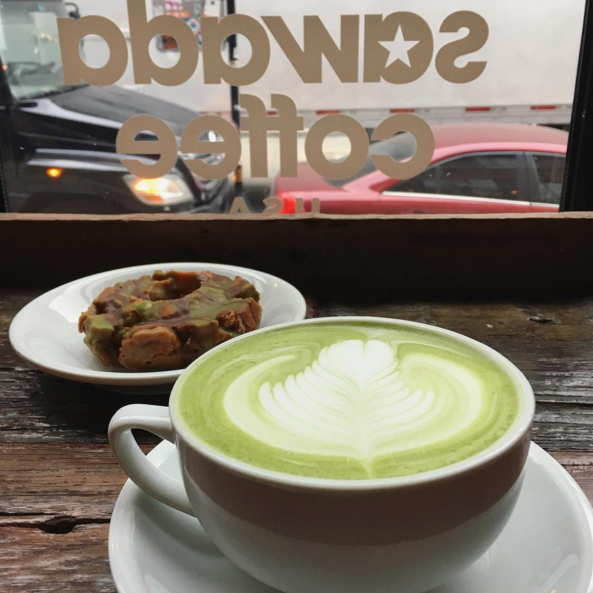 Sawada is my favorite discovery from this trip. I was looking for a quick place to get coffee and eat breakfast before my meeting on the West Side, and I saw that it got good reviews.

Trying to find Sawada is a little like looking for a speakeasy, because the door is black and blends into the wall. When you walk in, you’ll feel like you accidentally went into a club or beer hall. But that’s part of Sawada’s charm: unexpected, inventive and irreverent.

I got a matcha green tea latte because I’ve always wanted to try one, and the “camo” doughnut from Doughnut Vault (a popular Chicago doughnut spot). The camo doughnut has matcha, caramel and coffee flavors. Whaaaaaatt?!

Of all the places in Chicago, I get the most nostalgic in Logan Square. It was where I did most of my reporting during my first quarter of grad school. It’s also where most of my friends in the city lived before I, and then they, moved away. 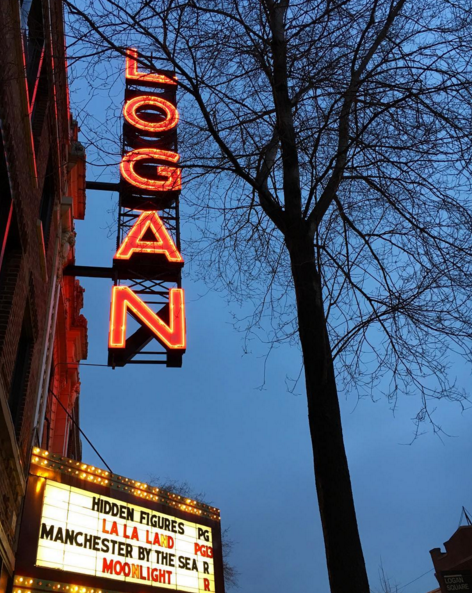 One of my favorite bookstores in the city, Uncharted Books, is located right off the Logan Square El stop. It has an eclectic collection of books spanning a bunch of genres. It also has Ramona. The man working in the front of the store told me that she’s the marketing director. 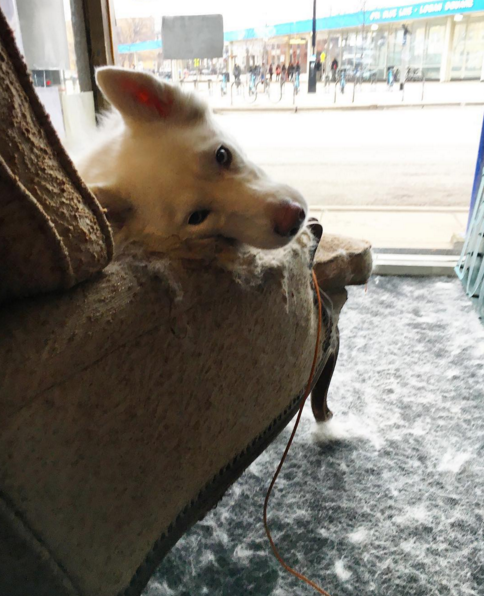 My last night in the city, I went to a new restaurant in Logan Square called Giant. I’d read a lot about it in Chicago food pubs, so I thought I would give it a try.

I walked in at 5 p.m. without a reservation and the hostess seated me at the chef’s table. I had a full view of the kitchen and I got to talk to the chefs. It was a dream come true. 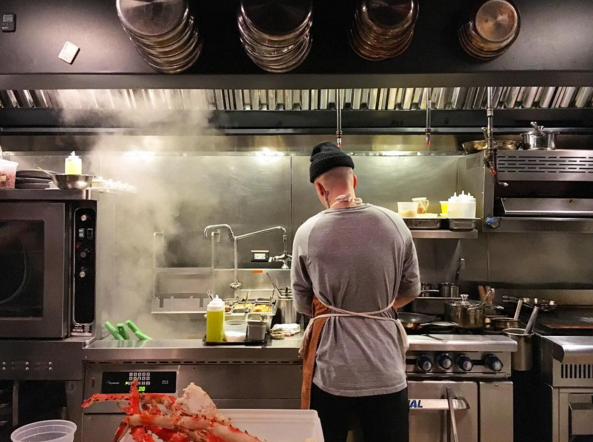 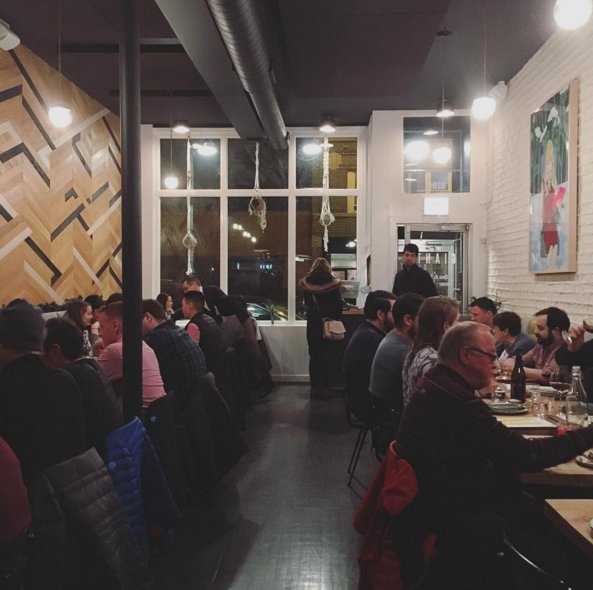 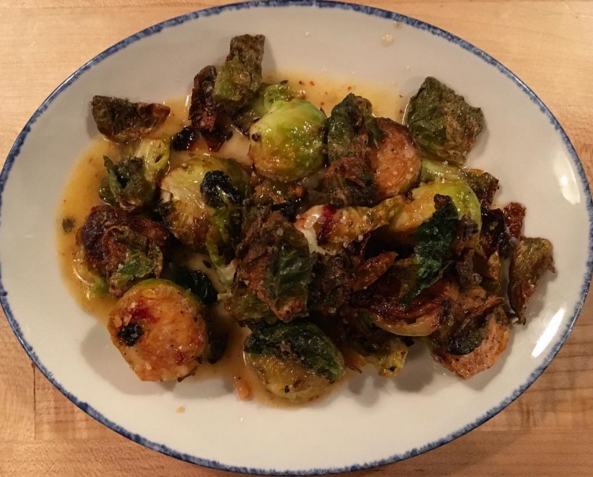 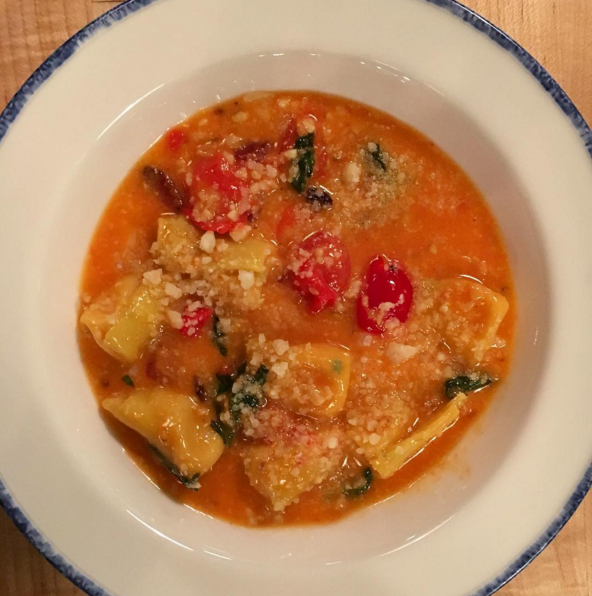 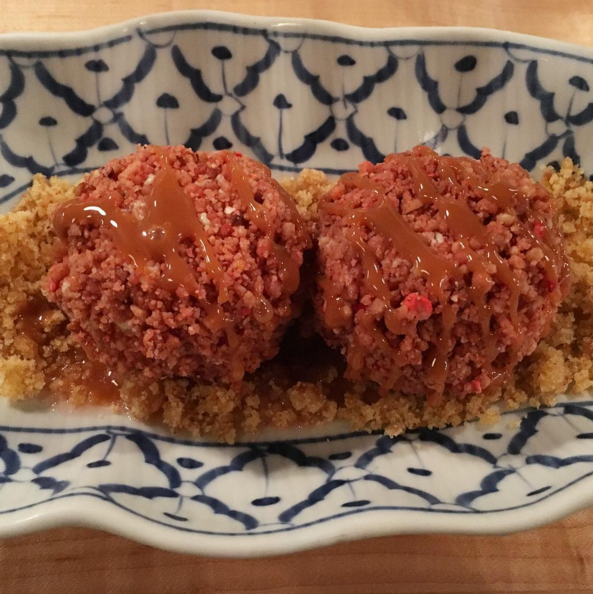 The standout dish was definitely the sortallini. The little rectangular pillows of cheese with that tomato sauce, basil, salty ham and pinenuts…what more can you ask for in life?

The chef recommended the ice cream and I’m glad that I listened. “How is it?” he asked after I took the first bite. “I’m speechless,” I said. It has the same texture as the Good Humor bars I used to get from the ice cream truck when I was little, but the flavors were a million times better. Slightly tart strawberry with salty pecan and sweet ice cream: I felt like proposing marriage. 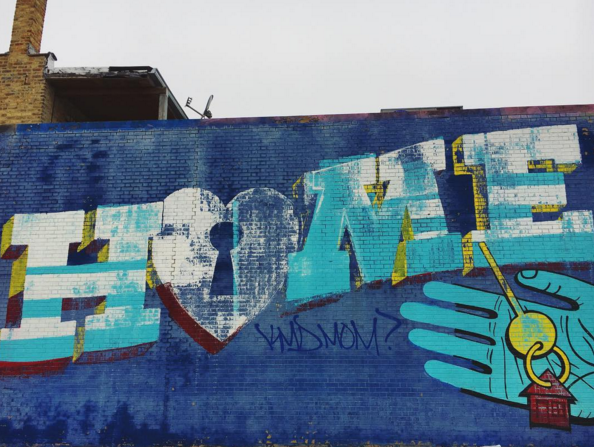 Chicago will always feel like home to me. Here’s a song that I heard when I had breakfast at Sawada. It’s good for motivation.

Check out more pics from my trip here!

Hi! My name is Emily and I'm a writer based in St. Louis. If I was stranded on an island and could request three items of food, they would be pain au chocolat, enchiladas, and Neapolitan pizza.
View all posts by Emily Wasserman →
This entry was posted in Restaurant Reviews, Traveling, Uncategorized and tagged Au Cheval, Bad Hunter, Chicago, chicago food, chicago restaurants, floriole, giant, Lincoln Park, Little Goat Diner, logan square, Sawada, travel, traveling, Uncharted Books, West Side. Bookmark the permalink.