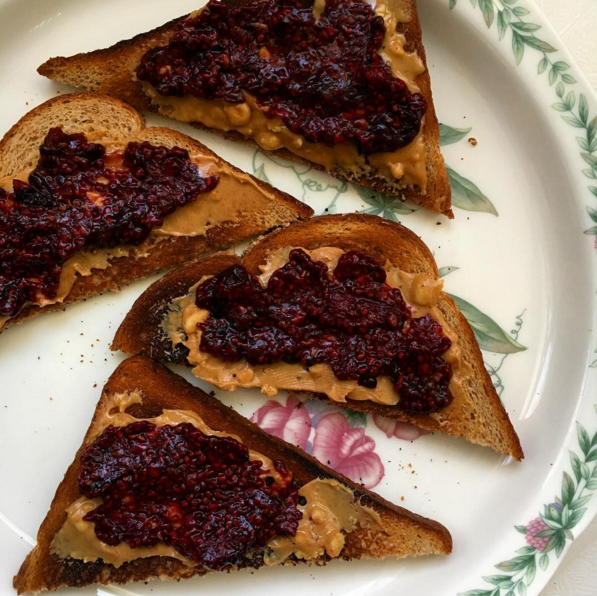 I wish I could transcribe humming, because that’s all that’s going on in my head right now. Well, besides these peanut butter chia jam toasts.

I saw La La Land the other day and now I have the soundtrack stuck in my head. Especially the humming version of “City of Stars.” And the one where RYAN GOSLING SINGS…

Anyway. You should probably make these toasts and see La La Land immediately. In a way, they share a lot in common. They’re both whimsical, sweet and salty, and have a little edge.

You walk into the movie expecting it to be feel-good, which it is. But it also brings some difficult emotions to the table, like frustration, resentment and loss of hope. We’ve all been there, which makes the movie that much more relatable.

Here’s the song that won’t get out of my head. And #ICYMI, here’s the recipe for mixed berry chia jam.