Welcome to the second edition of Dimanche (That Means Sunday). I’m writing this post at VB Chocolate Bar in Cottleville, Missouri, which means two things: I motivated myself enough to get dressed and leave the house, despite the fact that it’s raining. Also, I’m about to eat chocolate.

ANYWAY. Here’s a brief rundown of some things I discovered this week. The news cycle was maddening as usual, with more reports of Trump being a lunatic and accusations against men who allegedly sexually harassed women.

I try to keep things light on this blog but I can’t help weighing in on the latter news. It’s repulsive to me that men such as Louis C.K. harass women and it makes me sick that women felt like they needed to keep quiet about it for so long. Even though the tide seems to be changing and more women are coming forward, we still have a long way to go. In addition to women speaking out, men need to be held accountable for their actions.

When I was in New York a couple weeks ago, I went to see “After the Blast,” a new play by Zoe Kazan. The story is set in the future and features a lovable robot named Arthur. Here’s an interview with Zoe Kazan about the play. I liked what she said about reading science fiction and how being an English major can beat that out of you.

Tom Colicchio, a well-known New York chef, published “An Open Letter to (Male) Chefs” this week on Medium. I’m usually skeptical of men in the industry who weigh in on sexual harassment or inequality, mostly because I’ve found their responses to be lacking. However, Colicchio’s response was well-reasoned and inspiring. I said on Twitter that the letter should be required reading and it seemed like people agreed.

"An Open Letter to (Male) Chefs" should be required reading, and not just in the industry. https://t.co/RfVKqJvvWQ h/t @tomcolicchio pic.twitter.com/N8mF3vrgBb

I’m a big fan of the PBS series “Mind of a Chef” and the latest season features Ludo Lefebvre, a famous French chef who’s made a name for himself in L.A. I’m watching the fifth season on Netflix and I’m obsessed. I’d highly recommend watching it, if only to stare at Lefebvre’s fried chicken sandwiches and hear him talk about roasting chicken. When making roast chicken, you don’t leave and go watch TV or read a magazine, Lefebvre said. “You stay with your bird.”

A couple weeks ago I finished the novel Call Me By Your Name by André Aciman. I saw the film adaptation Friday night and I was floored. Without giving too much away, the story is about the relationship between a 17-year-old Italian boy and his family’s summer guest. The book made me cry more than the movie, but there were still some heart-wrenching moments seeing the action play out on screen.

Ever since I moved back to Missouri, I’ve been visiting a lot of small towns. I usually go because I want to escape the fast pace of the city and spend time in nature, but it’s also interesting to observe locals. I read this article in the New Yorker the other day and it made me think about these communities and what they tell us about America’s evolution.

If you’re in Missouri and looking for a good place to see fall leaves, I’d highly recommend driving out to Augusta. I spent yesterday hiking around the country and I made a new friend. Check out my Instagram for more pics. 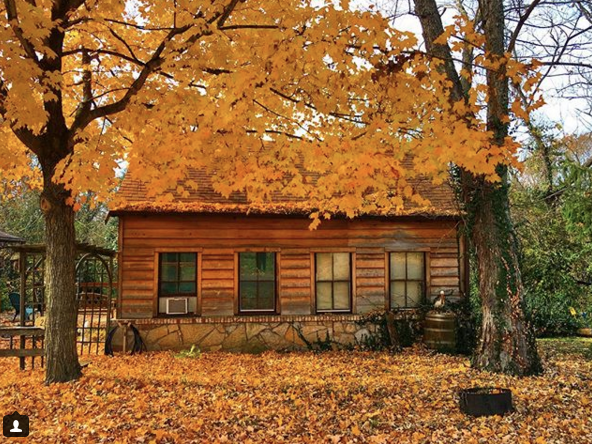 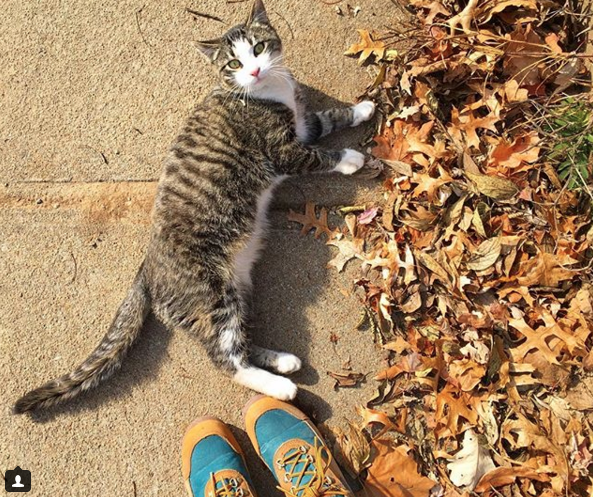 Last but certainly not least, it’s officially hot chocolate season. An old friend of mine said that it wasn’t hot chocolate season until it snowed, but I disagree. Once it’s cold enough to wear gloves, I say bring it on. I made some last night using a mix that I bought from RJ Chocolatier, one of my favorite local chocolate makers. You should buy some if you’re in the market for good sipping chocolate. 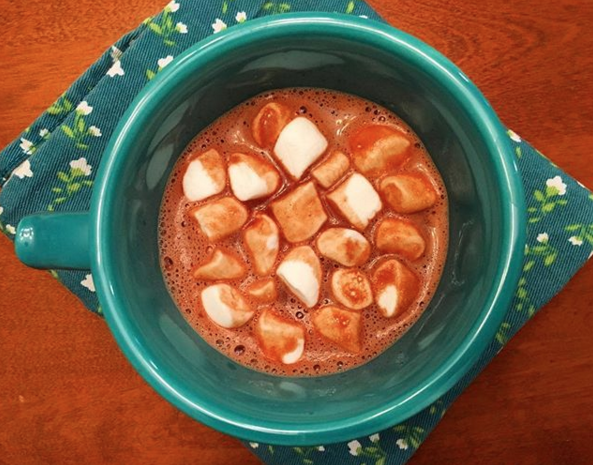 Enjoy your week! Here’s a song to get you started. It’s good for Monday mornings and pressing snooze three times on your alarm.

Hi! My name is Emily and I'm a writer based in St. Louis. If I was stranded on an island and could request three items of food, they would be pain au chocolat, enchiladas, and Neapolitan pizza.
View all posts by Emily Wasserman →
This entry was posted in Dimanche (That Means Sunday), Uncategorized and tagged After the Blast, Augusta, Call Me By Your Name, cat, country, fall leaves, film, hot chocolate, independent film, Ludo Lefebvre, Mind of a Chef, Missouri, movies, New York, play, small town, Tom Colicchio. Bookmark the permalink.