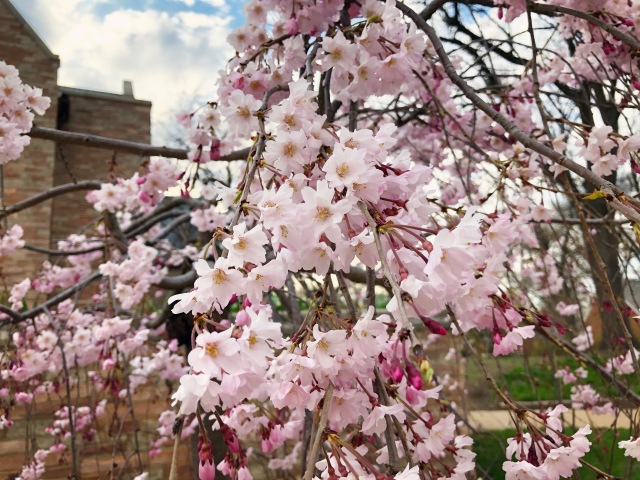 I’ve debated about whether or not to write this post because staying at home during coronavirus isn’t a joke. For a lot of people, it’s physically and mentally grating. But I have to be honest and say, I’m having a great time.

Yes, I still wish I could go out on long walks and make impromptu trips to coffee shops and bakeries like I used to, but there’s a lot to be said for staying in one place. It has eliminated a lot of distractions, so now I’m basically forced to focus on making the most of the alone time. For me, that has involved lots of baking, cooking, painting, writing, drawing, and other creative pursuits that I tossed to the side before when I was either too stressed or didn’t have enough time.

I’m also finding ways to exercise, and to be honest, I feel more in shape than when I would go lift weights at the gym or get on the treadmill. I have a fire stick so I pop up YouTube exercise videos on my TV and do workouts in my living room. It has reminded me that generally speaking, I do better when I’m in an exercise class and I have a teacher telling me what to do. I’m doing barre and exercise circuit videos, including ones with some kickboxing, which I’ve missed since my Groupon to a boxing gym expired.

Also, the pandemic has made it easier, not harder, to stay in touch with people I care about. I check in with friends through texts and phone calls. I have FaceTime lunch once a week with one of my best friends, Julicia, and we never had the chance to do that before.

I guess what I’m trying to say is, there are a lot of obvious bad things about being in quarantine, but there are lots of good things, too, if you can find them. Maybe it’s just about giving yourself permission to do the things you’ve been wanting to do, and realizing that there’s really no excuse for not doing them.

I was packing some boxes the other day (yes, I’m moving in all this craziness), and I found a book that I bought in DC. It was one of those “believe in yourself” type of books where you fill in answers about what you really want out of life, your goals, etc. I was surprised that some of the things I wrote in 2015 still ring true today.

I was also struck by one page that said to do what you love everyday. I think it’s true. We need to make a little time everyday to do something we love. Otherwise, it’s easy to lose the essence of who we really are. That’s something I’ve considered a lot throughout quarantine.

I made the best blueberry muffins of my life yesterday. That is not an exaggeration. I put lots of brown sugar and cinnamon in them because I think the more of that, the better. I’ll put the recipe on the blog this week. I’ll also include instructions for how to make homemade muffin cups out of parchment paper. 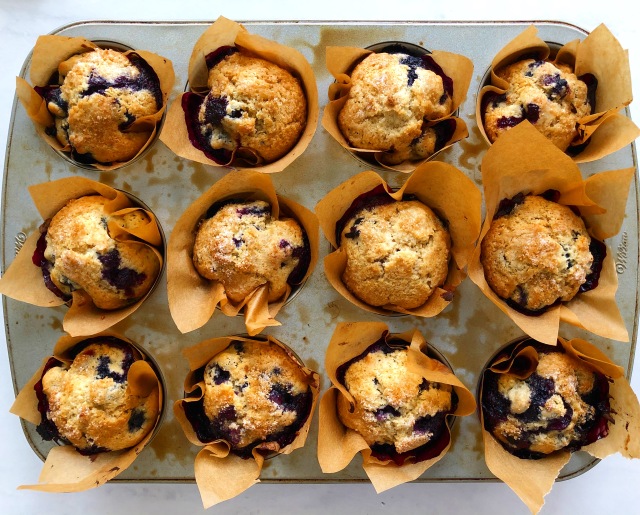 In France, everyone is talking about the “guerre des masques,” or “war of the masks.” Basically, people in the French government are saying that the U.S. government paid China cash bribes to reroute masks meant for their country to our country. Even though the U.S. has neither confirmed nor denied (obviously), there’s a good chance that the story is true. Read more about the situation in this CNN story.

Speaking of masks… The CDC said last week that everyone in the U.S. should wear one when we leave the house. However, there was already a lot of debate surrounding masks and how the coronavirus travels through the air. If you’re like me and you wonder if it’s safe to go outside, you should probably check out this story in The Atlantic.

I unwittingly joined a trend when I decided a few weeks ago to finally tackle sourdough bread baking. A friend of mine bakes bread often, and it inspired me to give it a try. A local bakery in St. Louis recommended this website, The Perfect Loaf, for bread baking tips and resources. It’s helped me a lot so far.

Entertainment including movies and TV is a great way to pass the time during the pandemic. I especially enjoyed this story about famous actresses reacting to opera in movies. I never thought about it, but those scenes are always powerful and generally do a lot to move the plot along. Check out the full story in The New York Times.

Have I mentioned how much I love Ina Garten during a crisis? Ina took to social media this week and instructed everyone how to pour giant cocktails midday. It inspired more than a few commentaries in news outlets including The Washington Post. I especially enjoyed this one in the Washington Post, where the author follows Ina’s instructions, serves herself and her husband giant margaritas, and concludes, “Alone, I sip the concoction and think of the things I learned from Ina today. Like that in times of crisis, traditions such as cocktail hour can feel grounding — even if they aren’t in exactly the right place. And that I shouldn’t care how this looks, a woman sitting in front of her computer, ostensibly in the middle of a workday, guzzling a massive margarita.”

If you love to travel like I do, you might find quarantine a little paralyzing. But as The New York Times reminds us, we can still travel from home (sort of…I guess). I enjoyed this take on their 36 Hours column, which usually recommends where people should go during a quick trip to a certain destination. There are plenty of ways to travel remotely; you just have to be creative.

I’ve enjoyed hearing what different people are doing during quarantine. I randomly saw this blog post by Michael Krikorian, a journalist based in LA and the boyfriend of Nancy Silverton, a famous LA chef best known for her work with Mozza restaurant and La Brea Bakery. The post, “In Lockdown at San Quarantine with Nancy Silverton as my Cellie,” describes Krikorian and Silverton watching a game show together. It’s mundane but somehow endlessly entertaining, kind of like game shows and reality TV themselves.

So apparently, Mindy Kaling hates food bloggers. I’m biased (obviously), but I’ve never had a problem with people writing a narrative before sharing a recipe, as long as the narrative is easy or fun to read. Has Kaling heard of cookbooks? She might be better inclined to that genre. Read more about the situation in this Washington Post story.

I’ve been researching ways to make fresh produce last longer to reduce trips to the grocery store. This guide from Cookie and Kate, a vegetarian food blogger, is great.

Have you heard of The Inn at Little Washington? I’d vaguely heard of it, but I learned a lot more after watching this documentary on PBS last night. If you’re interested in food or the restaurant industry, I’d recommend giving it a watch. It describes how the owner of the inn trained himself in classic French cooking, upended it, and made lots of money by starting a restaurant in a tiny town in Virginia.

Last but not least, goats are taking over Wales. Apparently mountain goats are roaming around Llandudno, a town in North Wales. They’re probably better than a majority of our current leaders, to be honest. Read more in this story from AFAR.