Welcome to this edition of Dimanche (That Means Sunday), a weekly roundup of things that caught my eye this past week.

I’ve said it once and I’ll say it again: I am SO over this weather. The first day of spring came and went and the weather in St. Louis is still dreary, cold, rainy, and a few other adjectives I won’t mention here. It’s got me feeling really low, especially when I wake up Sunday and realize I can’t go on a hike or spend the entire day outside.

Still, I’m trying to see the bright side of this never-ending winter. If I’m going to be honest with myself, the land needs all this rain. I noticed when I went hiking a few weeks ago that the country was too parched. I’m sure farmers are happy about this weather.

Also, I keep telling myself that the delayed warm weather will make me appreciate it more. Yeah, it would be great to have regular spring weather right now so I can get back to most of the activities I enjoy. But I think there’s a lot of truth to the adage that waiting for something makes it sweeter. I’m sort of visualizing a “Sound of Music”-esque event when spring finally gets here, with me running around Southern Missouri with birds and butterflies circling around me. I’m sure some version of that will happen.

In the meantime, I’ve cooked up some worthy distractions. Without further ado, here is Dimanche:

Air France is known for its creative ad campaigns, and the company’s latest ad falls in line with this trend. The airline just rolled out a new campaign called “Take a Chance or Fly Air France.” The promo video cycles between two women, one of whom did not fly Air France and is now depressed and playing sudoku (?), and another who did fly Air France and is overjoyed with the experience. You can check out the video here.

Somehow, I’m involved in a March Madness bracket pool. I held first place for a while but I’ve since dropped in the rankings to number six. That’s okay, though, because I’m still relishing in my brief moment of glory. Here are the current standings in my pool.

I saw a picture of parsley seed za’atar and rosewater labneh salad on Twitter earlier this week and I almost starting weeping. I had the dish at Kismet when I was in L.A. last fall and it was one of the best things I ever ate. The ingredients were so fresh, they spoke for themselves. This article in Plate features the salad.

You’ve probably heard about the controversy of Netflix’s latest “Chef’s Table: Pastry” series. The show only featured one female chef in its upcoming series (the first pastry version of the documentary), which rightly angered a bunch of people. This story in Food & Wine does a good job of summarizing the issue and gives context about the backlash.

I can’t stay away from Like Home/Comme à la Maison for long. The bakery, which is run by the very talented Clemence Pereur, serves some of the best French pastries and food in St. Louis. When I stopped by for lunch Friday I saw a whole tray of exquisite French bonbons. I got the salt and pepper bonbon and it was honestly one of the best things I’ve eaten this month. If you’re in St. Louis, I would highly recommend stopping by for some chocolate and a cup of tea. 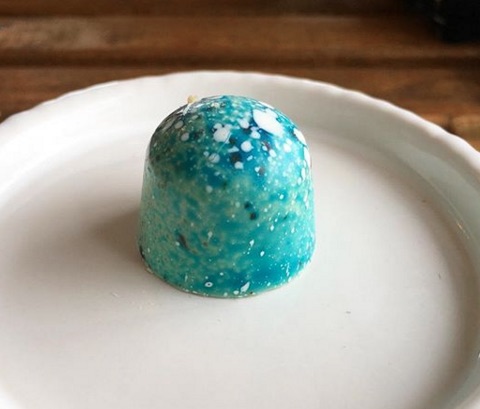 Sometimes when I’m bored, I’ll scan Twitter and land on a gem. That’s what happened when I found this music review in Daytrotter earlier this week. I don’t even really like the band or the music, but the first paragraph moved me. I think it encapsulates the feeling of being in your twenties and thirties well.

Last but certainly not least, it was National Puppy Day earlier this week. I did not celebrate the holiday because unfortunately, I do not have a puppy (I need to change that soon), but I had a good time looking at this article from The Atlantic. It’s arguably their best content this year.