It’s almost the New Year and I can’t believe it. This year has flown by, despite the times when it felt like it would drag on forever. It seems like only a couple months ago, I was packing all my things and getting ready to move from D.C. to St. Louis. At the time, I was terrified, worn out, and disillusioned. I wasn’t sure what the next year would bring.

This year, like any year, brought good and bad things. Politically, it was a disaster. Whenever I think about the fact that Trump is still president and that Republicans are enabling his lunacy, I feel rage and depression. How could our country sink so low?

I’ve also been worn out emotionally at times. It’s difficult to end one chapter in your life and start a new one. It often involves saying goodbye to people, places, and situations that meant a lot to you in the moment. It’s hard to find perspective when you’re in the midst of change.

Still, I’ve learned a lot of important lessons from moving home. I realized that sometimes it takes more courage to come back to where you started than to leave forever. If you have the strength to reckon with the past and start over, it can yield some gratifying and surprising results.

So if I’m going to impart some end-of-the-year wisdom to you, it would be to let go. Let go of things that don’t serve you and people who don’t treat you the way you deserve to be treated. Let go of what you think you *should* be doing and explore possibility.

Letting go doesn’t mean forgetting, or turning a blind eye to problems. It means making space in your life for new things and experiences that will help you grow. It’s easier said than done, of course. But I think if you commit to this philosophy, you’ll be much better off in the coming year.

David Sedaris is one of my favorite writers. I’m reading a book of his essays called Let’s Explore Diabetes with Owls and I love it. I laugh out loud at some passages, especially the ones about his family. It’s a great book to read on a lunch break when you’re stressed at work and you want to forget about everything and everyone for an hour. 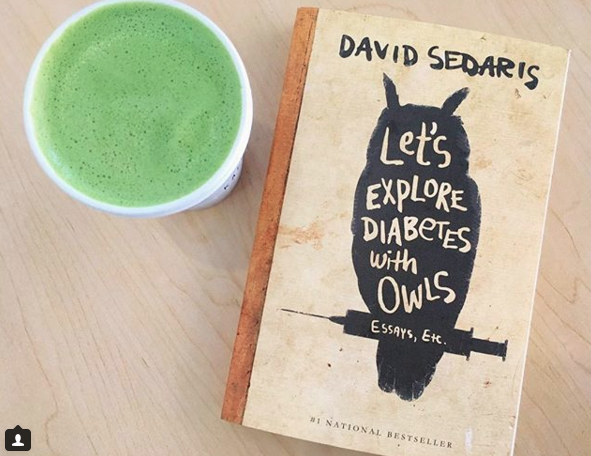 On Thursday, I drove out to Marthasville, MO, to work on a story I’m writing about Edelbrand Pure Distilling, a family-run business that makes Swiss brandy. I loved meeting the DeLean-Weber family and hearing their story. It’s inspiring to me that they’ve committed to doing things on a small scale. It’s easy to sell out but Edelbrand is doing things their way. I hope to do the same if/when I start a small business one day. 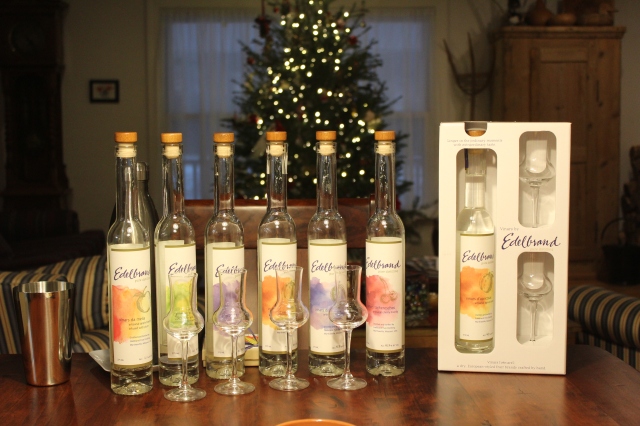 I’ve been watching a lot of “Parts Unknown” lately, a series on CNN where Anthony Bourdain travels the world and talks about the food and culture in different cities or regions. I have a love/hate relationship with Bourdain: I love his passion for good food and his boldness, but sometimes I can’t stand his ego. Still, the show is great and it gives you a window into different countries’ food traditions. One of my favorite episodes is the one about Mexico City. You should check it out.

Let’s face it: We’ve all been stress eating this year. I’m loving this article, “The Comfort of Tamales at the end of 2017,” that was recently published in The New Yorker. It’s one of the best stories I’ve read all year. I wanted to book a ticket to L.A. after I read it, just so I could eat tamales.

Have you been to Vicia yet? If you’re in St. Louis and you haven’t gone to the restaurant, I’d highly recommend changing that as soon as possible. Vicia is known for its “vegetable forward” menu, which means that fresh, local vegetables take center stage in most of the dishes. My friend Rachel and I got the turnip tacos last night and we were blown away. Check out my Instagram for more pics of our meal.

Last but certainly not least, I really enjoyed reading an article this week about New York’s Attorney General Eric Schneiderman. I used to write about Schneiderman when I covered Big Pharma. Now, he’s cracking down on Trump and his corrupt administration. I admire Schneiderman’s tenacity. I like the part of the story when he said that he never expected Trump to become “presidential.” Amen. I also like the part that characterizes Schneiderman as a yoga-practicing saint and Trump as an exercise-resistant slob.

Happy New Year! Here’s a song to play today, tomorrow, and throughout the rest of 2018. It’s one of my favorites.