January is my least favorite month. It’s cold, the weather is unpredictable (at least in St. Louis), and so there are fewer opportunities to be outside and do most of the things I love doing.

Still, I’ve cooked up some ways to tolerate it. I’ve accepted that 50 degrees F is the new 70. I went on a baking spree last week/weekend, which distracted me for a while. Also, I’ve been doing A LOT of reading. You might not be able to tell this from my Instagram, where I post pictures of what I’m doing almost every second of every day. But behind the scenes, there’s a lot of literature happening.

I’ve also been writing more, which is always good. I’m trying to compose lyrics now that I can play the guitar.

I can’t believe January is almost over. This year already feels like it’s moving faster than last year. My goal for February (other than not losing my mind during the winter) is to stay more in the moment. It’s easy to get caught up in what we *should* be doing, or the next step. But sometimes, the best thing we can do for ourselves is looking at the present and seeing what changes we can make to get the most out of every day. For me, it might involve getting up a few minutes earlier everyday to meditate. We’ll see how that goes.

There were Nutella riots recently in France. I watched a video of the riots and I, like many people, thought it was funny. I mean, when have you ever seen a bunch of French people swarming a supermarket to stock up on forty containers of Nutella? The answer for most of us is, never. Still, I missed the sociopolitical implications of the riot. Pauline Bock, a journalist for the British publication NewStatesman, dug into what the riots say about French society at the moment.

I’ve been doing more freelancing for St. Louis Magazine and an article I contributed to about cheap eats came out this month. I wrote about John Chen and Caya Aufiero, a married couple who is operating a fast-casual restaurant concept in an underserved community in town, and Steve Cori, a local business owner who grew up eating Chicago hot dogs and decided to bring them to St. Louis. Read the feature here.

On the spectrum of popular kitchen gadgets, Instant Pots would take first place. I was about to jump on the bandwagon and buy one and then I read this helpful guide from The Washington Post. The writer delves into the pros and cons of Instant Pots and Dutch Ovens, rivals in the kitchen appliance world. She seemed to settle on Dutch Ovens as the superior appliance, which seems fair. I think Dutch Ovens are prettier, anyway. I’ve had my eye on this one for a while.

I just finished reading The Perfect Nanny and I’m OBSESSED. The book has gotten a lot of press lately in the U.S. after winning France’s top literary prize. It’s translated from French to English. The story is so compelling, you won’t be able to put it down. I read the last 30 pages in a butcher shop (which seems really creepy and awful in retrospect), and I literally forgot where I was while I was reading. 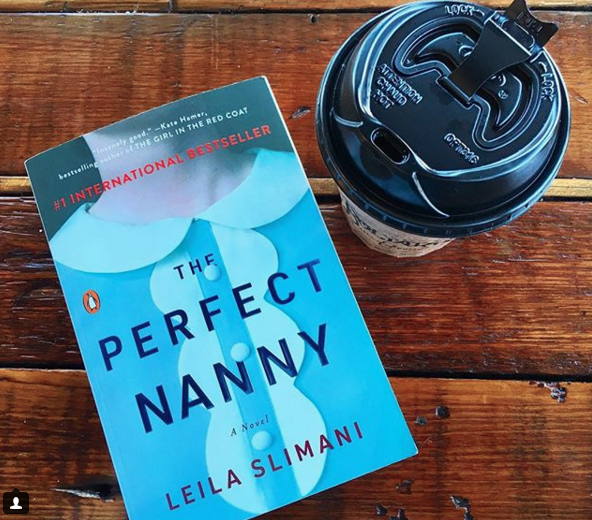 This might seem like small beans to some people, but Meryl Streep is starring in the second season of “Big Little Lies.” When I saw the news earlier this week, I almost passed out. Streep will play PERRY’S MOTHER (Spoiler Alert: Perry, Nicole Kidman’s abusive husband, gets killed off in Season 1 of the show), which took me by surprise. I didn’t know they were going to continue his story past his death. I’m sure Streep will bring her usual gravity and talent to the role.

Jhumpa Lahiri is one of my favorite writers. She’s kind of flown under the radar recently in the U.S. because she spent some time living in Italy and writing in Italian. A story of hers was just published in The New Yorker. It was originally written in Italian and Lahiri translated it into English herself. It feels similar to and very different from Lahiri’s other work. Check out the story here and a piece about how Lahiri writes in Italian here.

So…a billionaire is trying to impeach Trump. Maybe you’ve read about Tom Steyer, a wealthy man in California who wants Trump out of office. Maybe you haven’t. Either way, this story in The New York Times sheds some light on what Steyer is trying to do. I want Trump impeached as much as the next sane person, but I don’t know if it will happen. I think Democrats, especially wealthy Democrats, should focus their effort on fighting the Republican majority (read: Trump apologists) and mobilizing young people and minorities to vote.

Last but certainly not least, I made pizza from scratch. I’m going to write a whole post about it later this week, but I had to share the news here first. Pizza dough is surprisingly easy to make, but trying to get it from the counter to the pizza stone in the oven is a different story. I’ll give you some tips when I write my blog post.

Enjoy your week! Here’s a song to get you started. I love Natalia Lafourcade.

2 Responses to Dimanche (That Means Sunday)