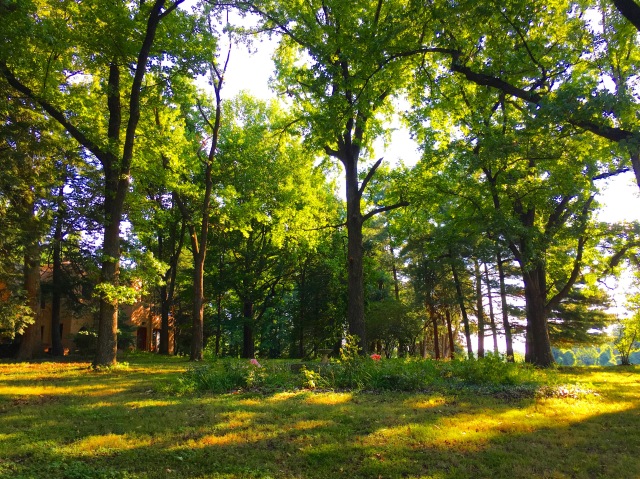 We’ve been having some unusual weather lately in St. Louis. Instead of the hot, muggy weather the city is known for in August, it’s been almost temperature. I’ve heard some people complaining but I, for one, am enjoying it. After a few weeks of stifling temperatures that made me feel like I was being cooked alive in a grill, it’s nice to have some reprieve.

I’ve used the nice weather as an opportunity to get out and go on some short hikes. I’m still coming back from my injury and it’s been frustrating to curtail the amount of walking I do. Lucky for me, I’m on the mend, so I should be able to go on longer hikes this fall when the weather is perfect and the scenery is even more beautiful.

Meanwhile, I’m still reading, writing, and doing other things to enjoy my summer. I stopped by a friend’s art exhibit this weekend (more on that below) and his work inspired me to create some art of my own. It feels good to be creative and do something that I don’t usually do.

I hope that you’re having a good weekend and that wherever this week takes you, you find an opportunity to switch things up and break away from your routine.

I baked a pie and I am *pretty* excited about it. I’ve had some pie disasters in my past so it was a relief to make one that turned out exactly the way I wanted it to. I’ll put the recipe for this peach blueberry pie on the blog this week. 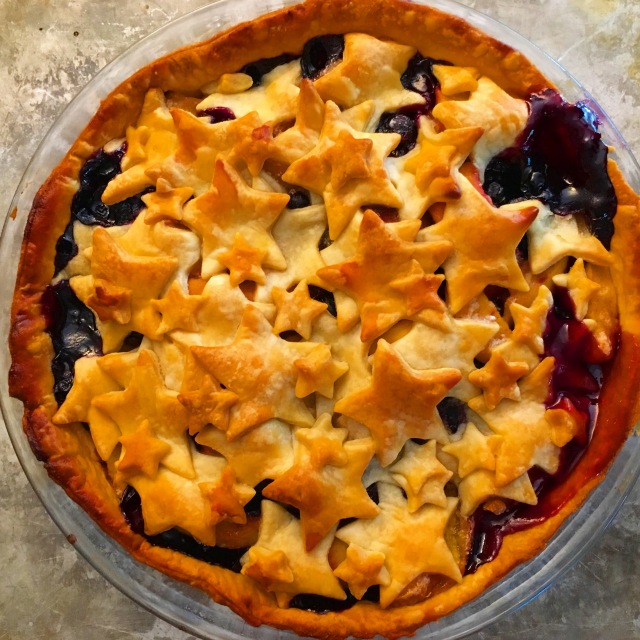 Have you seen “No Passport Required?” If not, you should definitely check it out. It’s a new series on PBS hosted by Marcus Samuelsson, an Ethiopian-born, Swedish-raised chef who became a well-known chef in New York. In “No Passport Required,” Samuelsson visits different cities in the U.S. and talks to immigrants about their cooking.

Speaking of multicultural cooking… I love this story in Time about Southern food and how immigrants have contributed to the region’s food scene. I’d love to visit some of the places mentioned in the article. I’ve already been to one in Louisville, Con Huevos, and it was amazing. I’d highly recommend it.

As I mentioned earlier, I stopped by Edo Rosenblith’s art exhibit this weekend. I knew Edo in high school and I’ve always admired his artwork. His current exhibit at COCA in St. Louis is a wall-to-wall mural with an interactive component. There’s also a table where you can draw on black paper. I took my inspiration from some of the butterflies I saw on his mural. 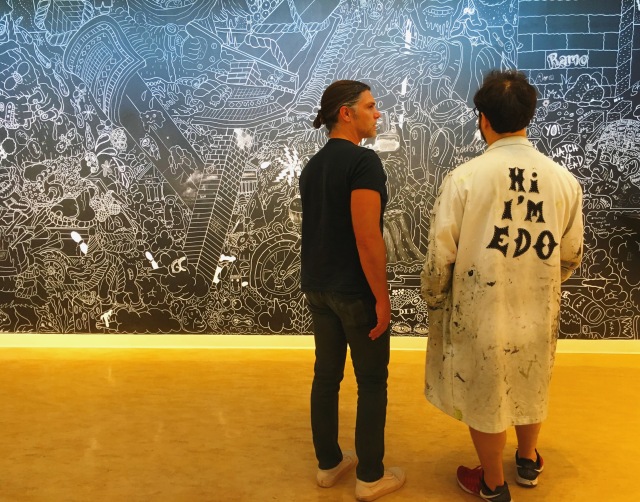 Some of St. Louis’s top chefs are headlining a fundraiser to benefit a local charter school. The event, “Savor for Students,” will benefit Lift for Life Academy, a charter school for middle school and high school students that provides educational programs at no cost. St. Louis chefs including Nathaniel Reid, Gerard Craft, Simone Faure, and Ben Poremba will be offering small plates at the fundraiser. Read more about it in my latest St. Louis Magazine story.

Barack Obama and Joe Biden went out to lunch last week and people went wild. Obama and Biden went to Dog Tag Bakery, a bakery in Georgetown, D.C. that I used to stop by occasionally. I wish I could have been there, or at least in walking distance, when it happened.

Barack Obama and Joe Biden made a surprise visit to a DC bakery.

"We were absolutely stunned to see them!” Lolly Rivas of Dog Tag Bakery says. Their order? Ham and gruyere on shallot-jam ciabatta, a slice of mint-basil blueberry cake, brownies and coffee, Rivas says. pic.twitter.com/XPcQjE4Y4k

Last but certainly not least, Ruth Bader Ginsburg said she has at least five more years on the Supreme Court. All I can say is THANK GOD. Read more about it in this CNN story.

Enjoy your week! Here’s a song to get you started. It’s been stuck in my head for two days.