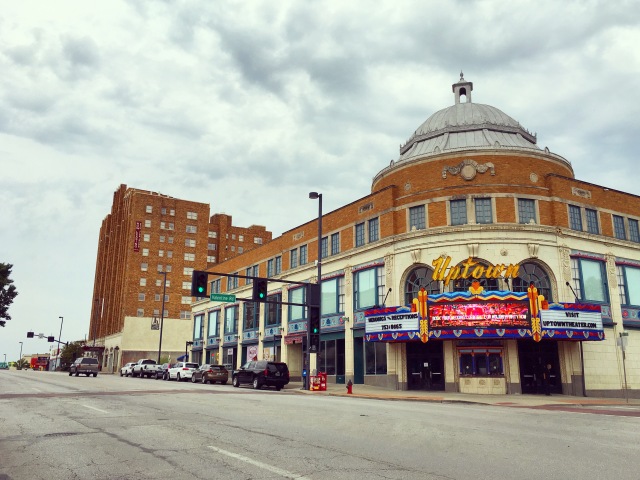 This past week went by quickly, and I’m glad it did because then I got to spend the weekend in Kansas City. I left early yesterday morning, drove for 45 minutes, and realized that all the on-ramps to Interstate 70 were closed outside of St. Louis. I spent an hour driving around cornfields in central Missouri trying to find a new route.

The good news is, I finally made it to Kansas City and I had a great time. I went for the first time in a while last year and I loved it, and this time I enjoyed it even more. Kansas City has a more western feel than St. Louis, and I’d argue that overall, it’s more laid back. People are very friendly for the most part, there’s good food, and no one is in a hurry. I love setting aside a couple days to go there for those three reasons.

Now I’m in bed writing this blog post, which may or may not be an Allez Le Food first. Even though I’m tired from the drive and traveling all weekend, I wanted to tell you a little bit about my trip. Stay tuned for a full blog post about Kansas City food and attractions tomorrow.

For now, I’ll leave you with some teasers and other things that caught my eye this week. Without further ado, here is Dimanche:

I was so sad to hear about Aretha Franklin’s passing earlier this week. I love her music and I have a whole playlist devoted to her songs on Spotify. There were many good tributes to the Queen of Soul but I especially enjoyed this one in The Cut. The writer makes the argument that Aretha could be singing “blah blah blah” in “Natural Woman” and that it would still be brilliant and emotionally evocative. She isn’t wrong.

I tried Messenger Coffee and Ibis Bakery for the first time in Kansas City and I was floored. If you’ve never been, I’d highly recommend checking it out and getting this honey bunches of oats bear claw and iced horchata. I could have had five but I cut myself off after one (mostly due to an extensive eating itinerary). Read more about them in my blog post tomorrow!

If you love chocolate, you’ll enjoy this article about a master chocolatier. Melissa Coppel, a chocolatier based in Nevada, is running chocolate-making classes from a kitchen in a Las Vegas strip mall. I want to sign up. Read more about Coppel and her work in this New York Times story.

So…there’s an avocado crime ring in New Zealand. The country is suffering an avocado shortage, which has spurred large-scale thefts at farms. Check out this story in The Guardian for more information. It taught me some local vernacular, including “raked” and “spate.”

It’s no easy task to overhaul labor in France but that’s exactly what one woman is trying to do. Muriel Pénicaud, France’s labor minister and the person President Macron tasked with pushing through reforms, is an interesting character. She gets a lot of flak for being wealthy and going along with Macron’s ideas without dispute, but she seems like a fierce negotiator and courageous leader. I especially like her quote about France’s labor reforms, which have sparked national disputes. You can read more about Pénicaud in this New York Times story.

Can we talk about the peanut butter coconut soft serve at Nudo House? Thanks. I tried it earlier this week and I was blown away. Even though ramen is still my favorite thing at Nudo, this soft serve is a close second. On a hot summer day, it might even come in first. I would highly recommend getting some soon. 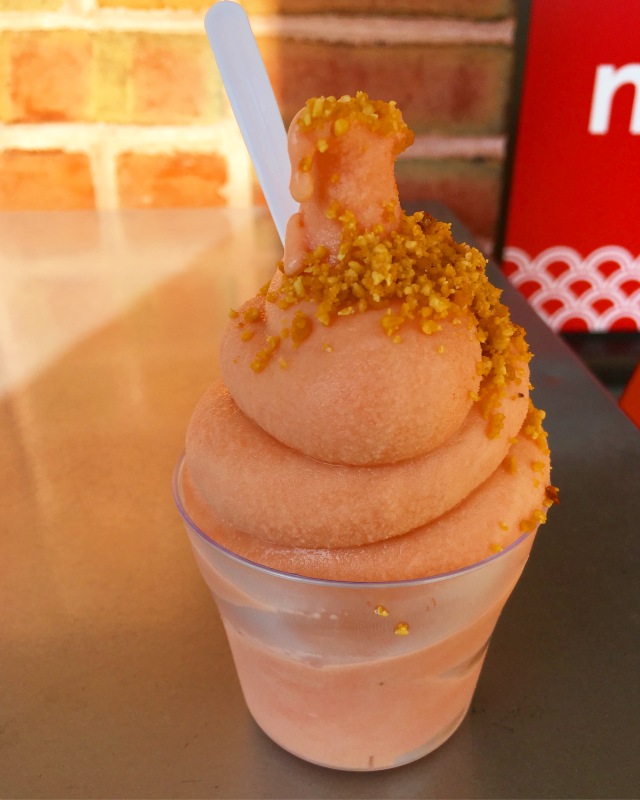 Last but certainly not least, French seniors are getting a prescription for special bread. Even though the bread sounds suspiciously gross (“vitamin-enriched cakes”), it still is better than in America, where seniors are barely guaranteed anything. Maybe I’ll end up retiring to France after all. You can read more about the news here.