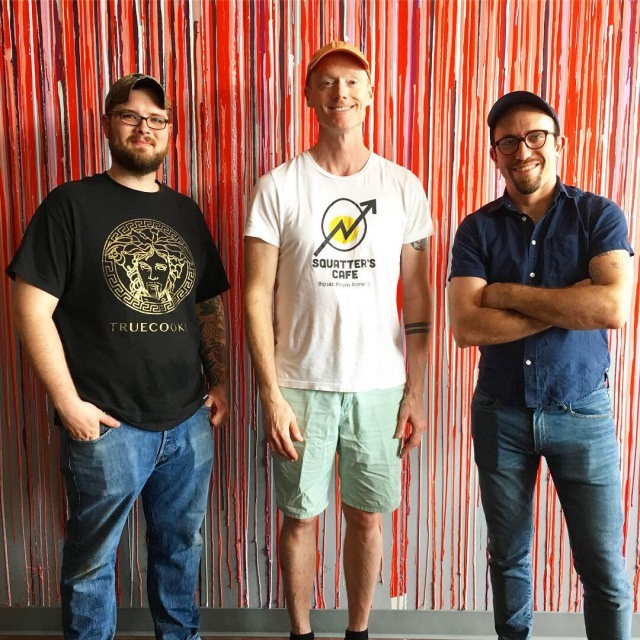 A couple years ago after I moved back to St. Louis from Washington, D.C., I took a long lunch break and went to check out a new restaurant in town called Squatter’s Café. It was generating some buzz and I wanted to see what it was all about.

I arrived on a colder-than-usual fall afternoon and met Chef Rob Connoley and Sous Chef Justin Bell. Connoley, a St. Louis native and James Beard Award-nominated chef, had recently returned to the Midwest from New Mexico, where he’d opened a foraging-focused restaurant to much critical acclaim. Maybe it was the fact that Connoley and I were both back in the Midwest after a long hiatus, or maybe it was his clear passion for food and cooking, but whatever the reason, I immediately felt a bond with him. I trusted his vision as a chef and I was not disappointed.

That first day at Squatter’s, I ordered a beet salad. It wasn’t just any beet salad; Connoley and Bell put the goat cheese and yogurt inside the beets, so it was a surprise when you cut into the vegetable. The tangy and sour flavors were complimented with candied nuts, shallots, and a side of homemade sunflower seed bread. Everything was fresh and everything had its place on the plate. It was almost too pretty to eat.

I learned through the course of that meal and many to follow that Connoley was focused on foraging. His was an all-consuming curiosity, which he indulged through trips to rural Missouri. He also released a foraging cookbook upon his homecoming to St. Louis. Ultimately, Connoley told me at one point, he wanted to open a restaurant that centered on foraging with a menu that highlighted old, perhaps mostly-forgotten recipes from the Ozark region, a place where he and Bell spent their childhoods. In the meantime, he would refine his vision at Squatter’s.

Now, a couple years later, Connoley is getting ready to unveil his foraging-focused restaurant, Bulrush. It’s been a long time coming, as Connoley, Bell, and Bulrush Beverage Director Chris Voll can attest to, as well as legions of fans eager to try Connoley’s Ozark-inspired cuisine. Connoley gave me a sneak peak of the restaurant today and walked me through some of his plans for the space and the food.

For those of you unfamiliar with Ozark cuisine, it’s a sub-genre of Southern cooking that uses traditional foraged ingredients and wild game. Those foraged ingredients show up in the food and the drinks. For example, foraged flowers and herbs are infused into syrups for cocktails and other libations.

When you first walk into the Bulrush space, there are small barrels on the counter of the bar with fermented vinegars and glass containers along the wall with preserved ingredients. Cookbooks line three shelves along one wall of the bar room, which seats 40. The bar itself includes purse hooks under the table (a feature that pleased Bell’s wife, he told me as I toured the space), and even outlets where one could charge their phones or other electronic devices, if one is so inclined. Simple yet tasteful glassware adorns the counters.

The dining room next door has a decidedly different vibe, with one wall of exposed brick and the others darker and more muted. One wall of wooden slats between the bar and dining room lets in natural light. A seating area surrounds a small kitchen, where Connoley and Bell plan to do the cooking and chat with guests. The vibe is purposely minimalist, in keeping with Scandinavian design, Connoley said, but he still wanted to add pops of color to brighten the space. 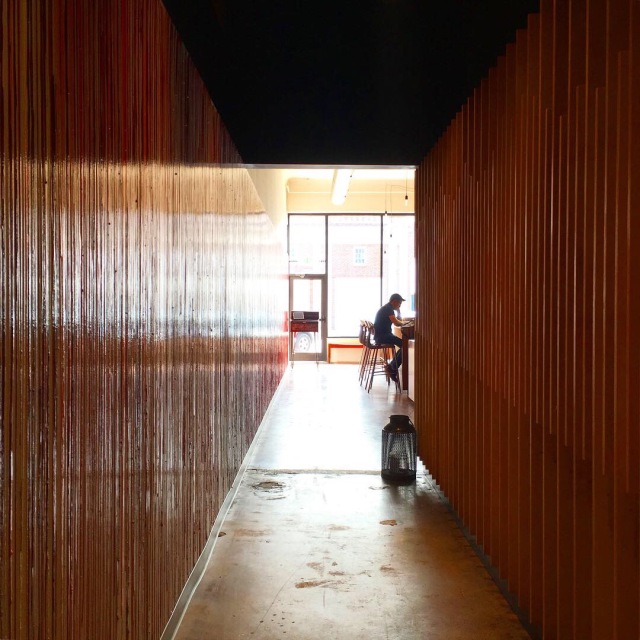 I didn’t get a chance to sample food today because Bulrush isn’t officially open yet. A liquor license and health inspection are pending, but Connoley and his team expect to have those completed by the end of this coming week, he said. If all goes to plan, he will open Bulrush to the media next Sunday and then open to the public after that.

Fans of Squatter’s Café will be happy to hear that some of the dishes on the Bulrush menu will be similar to those at the café. Foraged ingredients will be showcased and menus will reflect the seasons.

Many diners will have never sampled Ozark cuisine before their meal at Bulrush, which makes the restaurant’s opening doubly exciting. Connoley told me that he doesn’t intend for the food to be “educational.” Instead, he hopes that guests will come, enjoy the cooking, and ask questions if they want. Or better yet, they won’t ask any questions at all. Then, hours later, he’ll see a post on social media or online about the food or the experience that shows the guest noticed something he didn’t expect them to pick up on, or perhaps didn’t notice himself.

Honest, traditional cooking and pleasure in food and dining will be the name of the game at Bulrush. I can’t wait to see what Connoley and his team have in store at the restaurant.